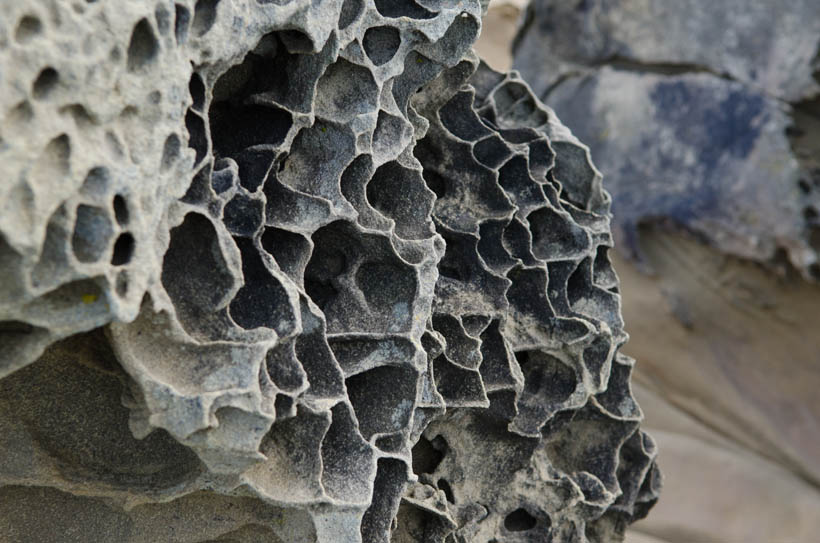 Salt Point is named for the cliffs and crevices of the rocky shoreline where salt from ocean water crystallizes in sandstone depressions. The Native Kashaya Pomo gathered salt here for centuries. One of the most unusual and beautiful features of the sandstone along these sea cliffs is the honeycomb-like network called tafoni.

The waves and salt spray leave salt crystals which interact with the sandstone, causing some portions to be hardened, while others are loosened. This creates the lacy, box-like pattern.﻿ The rocks that rise above the terrace level in the background are ancient sea stacks, similar to the resistant rocks off the coast today that take the initial impact of the waves before they reach the sea cliff.

Search
Please enter the text you are interested in
Thanks for your question!